The trap of copyright

I liked Wiley’s description of the current copyright situation as a trap (“it can feel really trapping”, 8.24′). Much of what sounds intuitively reasonable is prohibited when a copy of knowledge is treated as economic ‘property’ despite it just doesn’t fit this category in many ways (e.g. the copy is no longer a scarce value, and you can’t inspect it before purchase, you cannot return it and ‘unknow’ it, and so on). 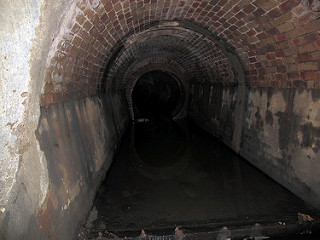 In practice, many try to ignore this trap. For example, when they use the ‘work’ of a textbook image in their course, they often confuse quotation rights with work use rights: if they don’t “critically engage with” the quoted part, they don’t qualify for the former kind of right. Which is meant to apply to an idea which is usually not protected against exploitation but to be tracked for credit and validity. By ignoring this, they won’t notice just how much the trap impedes their teaching even behind a Moodle wall.

Others try to argue ideologically or emotionally, by equating all IP: the rights of a small painter (who makes a living with his works) to the work of a tenured person who writes their books “on their own time” — which nobody dares to critically distinguish from his total time outside the classroom.

But most authors seem to put up with the trap. The prestigious journal is dictator, and they have learned (during their many years as adjunct slaves) that resistance is futile? Wiley has great responses to such kind of senior faculty:

“the only people tying us to the old system is us.”

“science advances one funeral at a time.”

This entry was posted in 45, OpenEdMOOC. Bookmark the permalink.

1 Response to The trap of copyright